申し訳ありません、このコンテンツはただ今 アメリカ英語と 中文 のみです。 For the sake of viewer convenience, the content is shown below in this site default language. You may click one of the links to switch the site language to another available language.

The “Big Apple” as New York City is known, is a city of superlatives. By urban area it is the largest city in the world, and, by population in the top ten. New York city is the financial capital of the world with the most billionaires of any city. It is a cultural, entertainment, media, diplomacy, and education hub. World-class museums abound, including the Natural History Museum, The Guggenheim, the Metropoolitan Art and Modern Art Museums. Be sure to take a stroll in spectacular Central Park. This city also has the largest foreign-born population in the USA, including the largest Chinese community. If it were a country, it would be the 12’th biggest economy in the world. 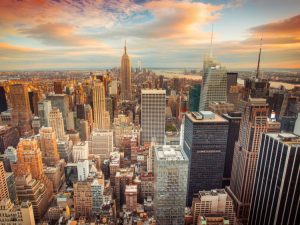 Why charter a boat in New York City

A must do activity is to charter a yacht in New York. A New York charter yacht is the perfect way to appreciate this great urbane scene. This metropolis, with the islands of Manhattan and Staten Island, and boroughs of Brooklyn, Queens, and the Bronx, is surrounded by water. Rent a yacht in New York City to see the best views! The storied Hudson River forms the western boundary with New Jersey. Hire a New York charter boat and enjoy the amazing view. Take your New York boat rental and sail in the Hudson River, back-dropped by “The Palisades”, dramatic cliffs of volcanic, hexagonal basalt columns. Sail in New York Harbor, the world’s largest. Charter a boat in Long Island Sound to the east. Choose form New York yacht rentals to the Statue of Liberty! A boat rental New York style really puts a shine on the Big Apple! Hire a yacht in New York for a celebration. For your New York events and corporate parties, a party boat in New York City will make it extra special!